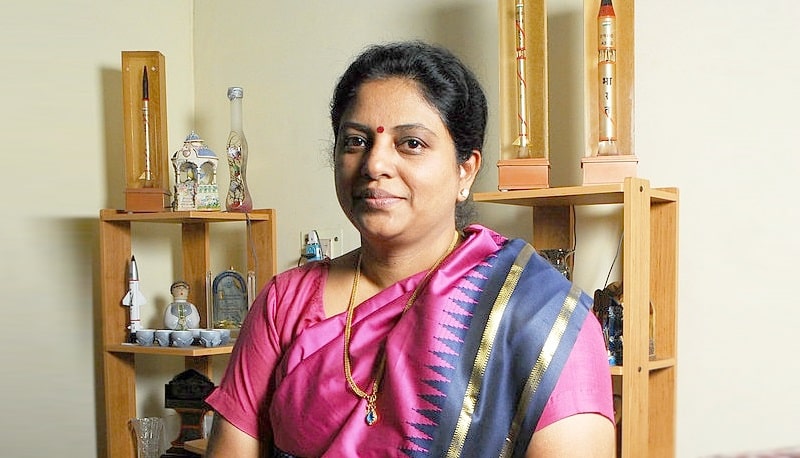 Pioneering women have shattered the glass ceiling in Science and Technology and established their presence in the field. Meet Dr. Tessy Thomas, an incredible woman scientist who has made India self-reliant in the field of missile technology.

Dr. Tessy Thomas, or ‘Missile woman of India’, is India’s first woman scientist to head a missile project (hence the title). She is the Project Director for Agni-IV, Agni-V missiles in Defence Research and Development Organisation.

Dr. Tessy Thomas, has played key roles in many nuclear projects of India, particularly in the making of its long-range nuclear-capable ballistic missile, the Agni-V. She is one of the country’s leading experts in ballistic missiles and is the project director for the Agni-IV missile at the Defence Research and Development Organisation (DRDO). She is the first woman to lead a missile team in India, and is also known as “Agniputri.” She has worked on the Agni missile right from the inception, and has designed guidance scheme for long range missiles which is used in all Agni missiles.

Dr. Tessy Thomas has contributed to Guidance Control, Inertial Navigation, Trajectory Simulation and Mission Design during her tenure of the last 24 years at DRDO. She is also the project director for the long range Agni-V missile, and the Technology Director for Mission Design and System Analysis Group of Advanced Systems Laboratory (ASL), a DRDO entity.

Dr.Tessy Thomas, a scientist from India’s Defence Research and Development Organisation (DRDO), is a rare woman who has played a key role in the making of its most potent long-range nuclear-capable ballistic missile, the AGNI. She is thought to be one of the very few women working on strategic nuclear ballistic missiles in the world. In the male-dominated world of the country’s highly secretive missile development programme, Dr. Tessy Thomas, has stood out ever since she joined the DRDO in 1988.

She has no glamour around her. She does not receive everyday media coverage. Like all other Indian women, she can cook food too. The only thing she does different from other Indian women is that she makes missiles. We have seen in many stories and films that when people have to express that they are going to learn something difficult, they quote “Rocket Science”. Dr. Tessy Thomas does not quote but her knowledge of rocket science has contributed to the Indian Missile Program in a way that India is well known as one of the missile superpowers of world.

Tessy was born in April 1963 in Alappuzha, Kerala, to a small-businessman father and a homemaker mother. She graduated in engineering from the Government Engineering College, Thrissur. She grew up near a rocket launching station and says her fascination with rockets and missiles began then.

After finishing school and college in Kerala, she left the state for the first time at the age of 20 to pursue M.Tech. in Guided Missiles from the Institute of Armament Technology, Pune (now known as the Defence Institute of Advanced Technology) in the western Indian city of Pune. It was there she met her future husband, Saroj Kumar, now a commodore in the Indian navy.

Dr. Tessy Thomas says she was named after Mother Teresa, the late Nobel laureate who worked with the poor in Calcutta.

Taking India to the league of missile superpowers of world

In India, a woman becoming scientist is the first difficult scenario and then a woman becoming missile scientist might not even have been imagined before Dr. Tessy Thomas. But the charismatic scientist says she has never faced any anti-female bias at her workplace. “There is no gender discrimination in technology. If your work is good it automatically stands out. I have never faced any discrimination ever in my workplace,” she says.

Dr. Tessy Thomas has been part of various missile project teams at a senior level. She was the project director for Agni IV and Agni V missile projects which were successfully tested. Based on the success of these missile projects, the current missile projects like Agni VI are being developed. She has not only offered extraordinary contribution in India’s missile program but also set a different benchmark by reaching new heights in the male dominated profession.

She could have been an IAS officer; she even wrote the exam. But the Defence Research Development Organization (DRDO) interview happened the same day, and she got through. Dr. A.P.J. Abdul Kalam as her Director, is the one who placed her in the Agni missile programme and that is where she has been ever since.

She was the mastermind behind designing guidance for all the Agni series, Agni III, Agni IV, and Agni V missile projects – the strongest weapons of Indian defence. Under her supervision, the number of women scientists working on the Agni team has increased sharply. Dr. Tessy Thomas believes that science does not have any gender, that it is the knowledge base and ability to work that matters and that women with persistence and passion can break the glass ceiling.

The Human Resource Ministry has included her in the Indian Institute of Technology Council. The IIT council is the 16-member body which governs all IITs in India. The council never had a woman scientists as member.

The Prime Minister Manmohan Singh told the Indian Science Congress in 2012 that Dr. TessyThomas is an example of a “woman making her mark in a traditionally male bastion and decisively breaking the glass ceiling”.

g the glass ceiling”. The media loves to call her “Agni Putri”, or one born of fire, after the missiles she has helped develop. She was awarded Lal Bahadur Shastri National Award by President Pranab Mukherjee in 2012. In the year 2014 she received the Y. Nayudamma Memorial Award.

In a glowing tribute in 2008, The Indian Woman Scientists Association did not forget to mention that “like most women she also does a tightrope walk between home and career, between being a mother and a scientist who is dedicated to her job.

Dr. Tessy Thomas’s husband, Cdre Saroj Kumar Patel, who was her classmate at Pune, spends long stretches of his career as naval officer posted away from Hyderabad. She has had to juggle work with bringing up her son. But she has only praise for the way her husband and son, as well as her in-laws, parents and four siblings have supported her, be it in her inter-religious marriage or her missile work.

Dr. Tessy Thomas shrugs off the 16-hour schedules she had to put in for years to manage her son’s studies and her work. And there is no end to work. Agni V has succeeded, but she barely has a moment to exult, as she works a full 12-hour day, even on Sunday. Tests have to be conducted before the 5,000-km intercontinental ballistic missile (ICBM) can be given to the defence forces, while work has to start on the multiple independently targetable re-entry vehicle (MIRV), the indigenous warhead that has to be fitted onto the missile. 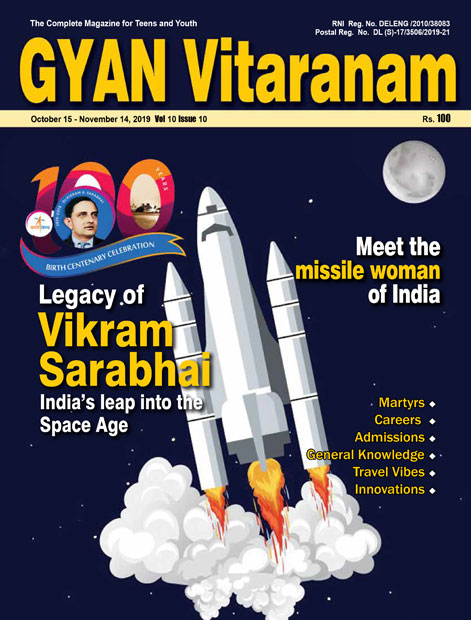 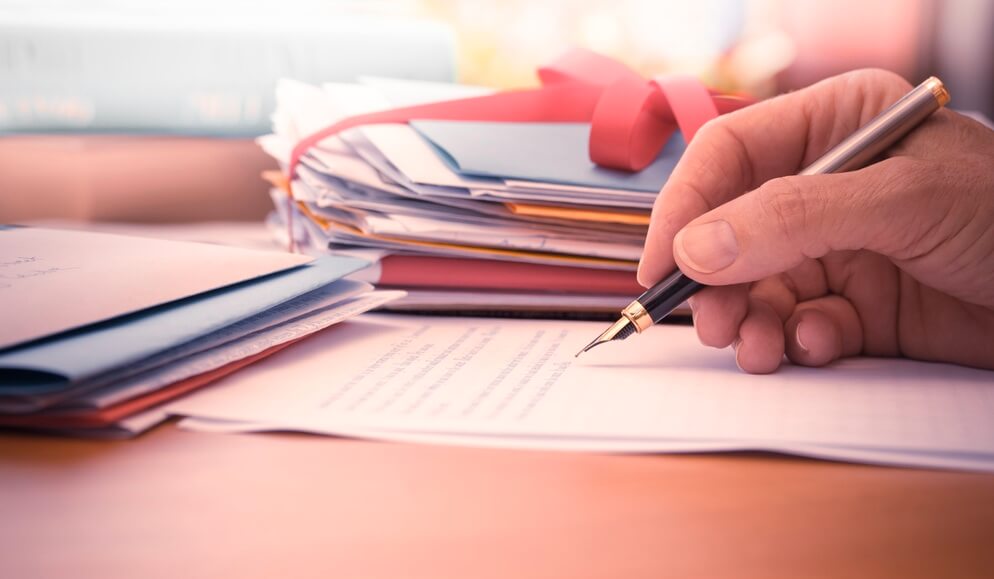 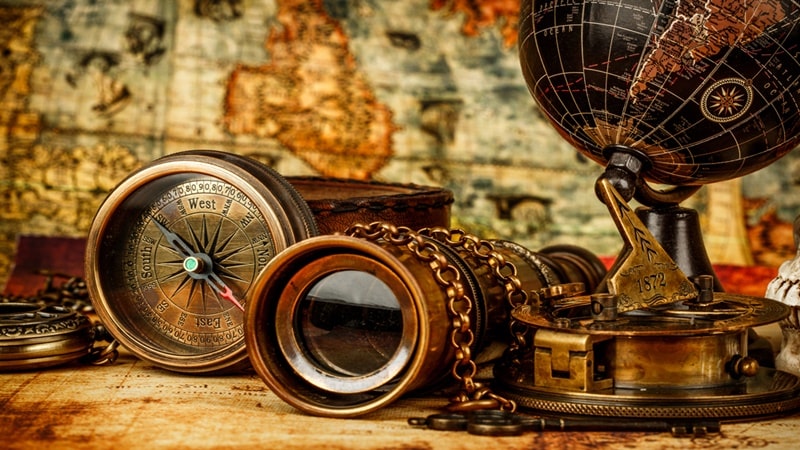 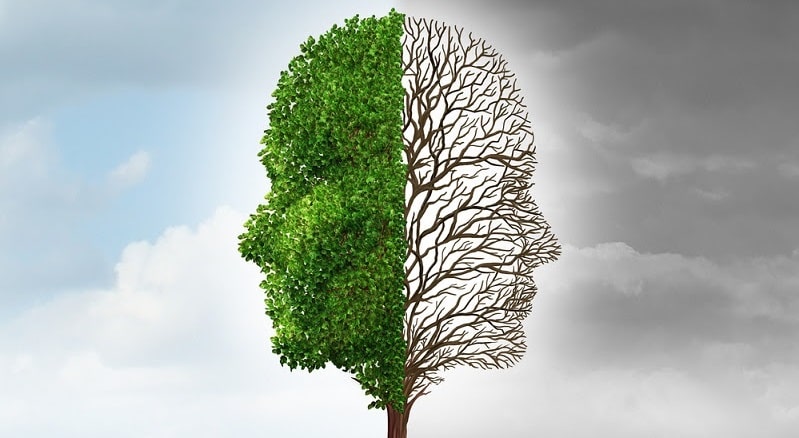 For the betterment of Earth, no humans please! 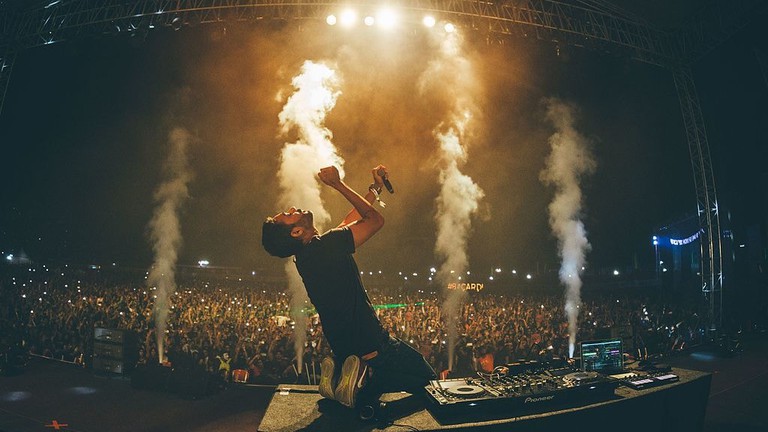 Will travel for music? The most exotic and authentic music festivals in India 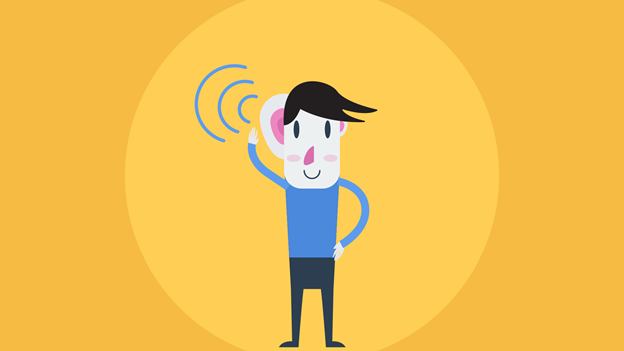 We need more hearers… Can you be one?