The World Health Organization (WHO) has declared COVID-19 a ‘pandemic’. Its Director-General says, “Describing the situation as a pandemic does not change the WHO’s assessment of the threat posed by this Coronavirus. It doesn’t change what WHO is doing and it doesn’t change what countries should do.”

The number of global cases of COVID-19 has crossed120,000 as of 10th March across 100 countries, according to the WHO. More than 4,000 people have died since the outbreak began in December last. The vast majority of cases — more than 80,000 — have occurred in China.

The outbreak in China seems to be slowing, with the daily number of new cases dropping, while Italy and Iran have seen a rise in the cases, even as the first cases have been reported from India, Nigeria and Brazil. In Italy, 16 million people have been put under quarantine as the death toll surpasses that of South Korea.

In India, where 67 cases have been reported (as of 10 March), Primary schools in Delhi and pre-primary schools in Bengaluru have been shut, as it was shown that the virus attacks kids as well as adults, contrary to an earlier assessment. Preparations to detect and fight the infection are in full swing. All visas have been suspended.

Several research groups are working round the clock to identify and sequence the virus, and share several viral genomes in open databases. Diamond Princess, the cruise ship in which over 600 passengers were infected. Many clinics still lack access to a robust, accurate and sensitive SARSCoV-2 test. But impressive progress has been made in a matter of weeks. The research community is developing a set of rapid and reliable molecular diagnostic tests for the virus in the hope of developing a vaccine for it.

After clusters of pneumonia cases were linked to a seafood and ‘wet’ animal wholesale food market in Wuhan, China, three groups worked tirelessly to identify the culprit. A rapid-response team from the Chinese Center for Disease Control and Prevention reported that they had isolated and cultivated a novel coronavirus from bronchoalveolar lavage fluid of three patients and identified it as the probable source of the outbreak. Electron microscopy uncovered a typical coronavirus morphology. Genome sequencing revealed the virus shared over 85 per cent sequence identity with a known SARS-like coronavirus found in bats. Later the group deposited three more genome sequences in the open access database.

Several international groups in Hong Kong, Germany and Scotland have been working on the sequence data from China to support global public health laboratories.

Drugs that treat HIV and an experimental antiviral developed to fight Ebola virus are among those that are being tested. The focus is on remdesivir, a candidate drug originally developed to treat the Ebola virus.

The United States government has allotted about $8 billion for research on the virus. Earlier, the U. S.Centers for Disease Control and Prevention (CDC) failed to rapidly produce and distribute an effective coronavirus diagnostic test.

India has shared two whole genome sequence data of the virus taken from Kerala with the Global Initiative on Sharing All Influenza Data. The National Institute of Virology in Pune has also sent the data to GenBank, a public database.

As the world awaits the news of a possible vaccine with bated breath against the novel coronavirus-2019, researchers from The University of Texas at Austin and the National Institutes of Health have reported a breakthrough. They have created the first 3D atomic scale map of the part of the virus that attaches to and infects human cells. Scientists have found a key feature of the virus — a protein on its surface, that enters the human cell through a receptor on cell membranes. Ironically, an enzyme on the host cell activates the intruder! Both the cell receptor and the virus protein offer potential targets for drugs to block the pathogen.

Role of AI - a breakthrough

In another breakthrough, researchers at the Massachusetts Institute of Technology in Cambridge (U.S.A.) have identified a powerful new antibiotic compound, using a machine-learning algorithm. In laboratory tests, the drug killed many of the world’s most problematic disease-causing bacteria, including some strains that are resistant to all known antibiotics This is the first time artificial intelligence (AI) has identified completely new kinds of antibiotic from scratch, without using any previous human assumptions. The work was led by synthetic biologist, Jim Collins. The study appeared in the journal, Cell.

The computer model can screen more than a hundred million chemical compounds in a matter of days. It would allow scientists to harness the power of AI to usher in a new age of antibiotic drug discovery. In their new study, the researchers identified several other promising antibiotic candidates. This comes at a time when the world is facing a growing crisis of antibiotic resistance. Unlike the traditional predictive computer models for screening molecules, researchers in this case designed their model to look for chemical features that make molecules effective at killing E. coli. They trained the model on about 2,500 molecules, including about 1,700 approved drugs and a set of 800 natural products from plant, animal and microbial sources. The model picked out one molecule that was predicted to have strong antibacterial activity and had a chemical structure different from any existing antibiotics. The researchers called the molecule, halicin, after the fictional computer HAL from the film”2001: A Space Odyssey”. After identifying halicin, the researchers used their model to screen more than 100 million molecules selected from an online collection of about 1.5 billion chemical compounds. This screen, which took only three days, identified 23 candidates that were structurally dissimilar from existing antibiotics. The researchers plan to use their model to design new antibiotics.

A flood of Fake News

Unfortunately, the ground for optimism is being washed away by a flood of fake news. For instance, social media have alleged that the Covid-19 has originated from a laboratory in Wuhan, China. A group of 27 prominent public health scientists from nine countries outside China has deplored the allgation. Researchers from the Wuhan Institute of Virology had studied coronaviruses from bats, including the one that is closest to SARS-CoV-2, the virus that causes COVID-19. But the Institute has denied any link between the outbreak and their laboratory. Others have pointed out that the rumours are typical of the present age of misinformation in social media. In fact, even American government officials have alleged that Russian origin social media posts have spread wild accusations, suggesting the CIA with unleashing a bio-weapon of terror in the form of the virus against China. The Russians have strongly denied the accusation.

On Facebook, fake news is spread by groups opposing vaccines and those campaigning against 5G mobile phone networks. The Stop 5G UK group is reported to have more than 27,000 members. One website states that 5G launches were done in Wuhan weeks before coronavirus outbreak and asserts a link between the two events.

Fake news originates not only from uncontrolled social media in liberal democracies but also from controlled media as in China. Distortion of reality is also fake news. For instance, the media in Hubei province did not reveal the suspected virus even though an opthalmologist. Dr Wen Liang warned of a possible epidemic. He and some others were hauled up by the police for spreading ‘rumours’. Initially the Chinese local media reported that the virus could not spread from human to human—a statement which turned out to be completely false. Almost a month of cover-up contributed to the serious spread of the virus. And, when Wen Liang himself fell a victim to the virus, there was a massive outpouring of anger in the Chinese twitter, Weibo. When the authorities allowed some space for the Chinese reporters to tell the truth, Beijing News and other outlets did reveal the true dimensions of the virus when the lock-down of Wuhan could no longer be suppressed. Observers, however, point out that the media control in China is less now than was the case when SARS virus broke out eight years ago. The credibility of authoritative pronouncements will be enhanced, if the public is given a true picture of the technical challenge and response in an easy- to -understand language. Sources of bad news should be clearly identified. And we should not succumb to rumours. In this task, social media managers as well as traditional media and vigilantes have a key role in fighting the infodemic.

(The author is a science writer) 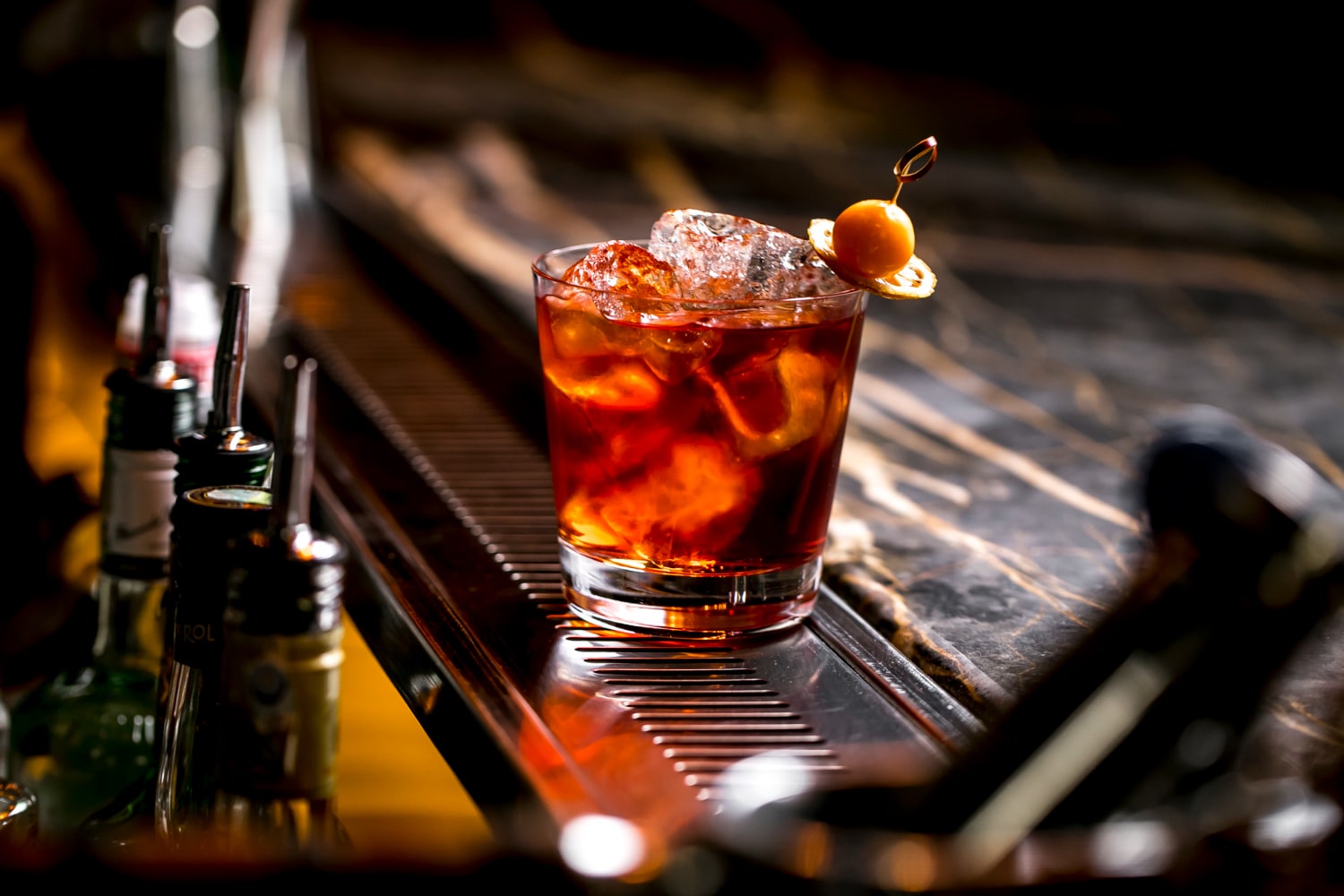 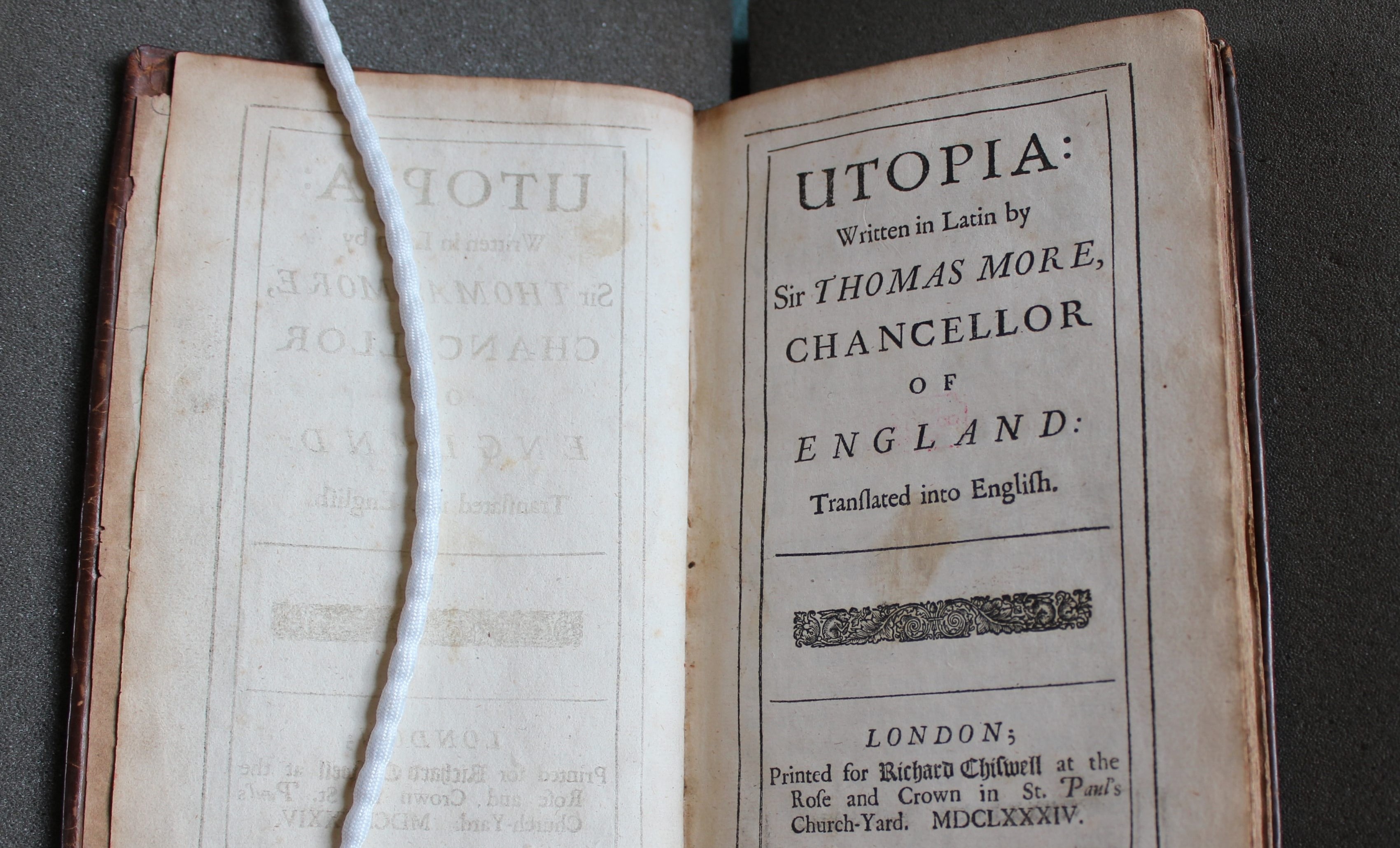 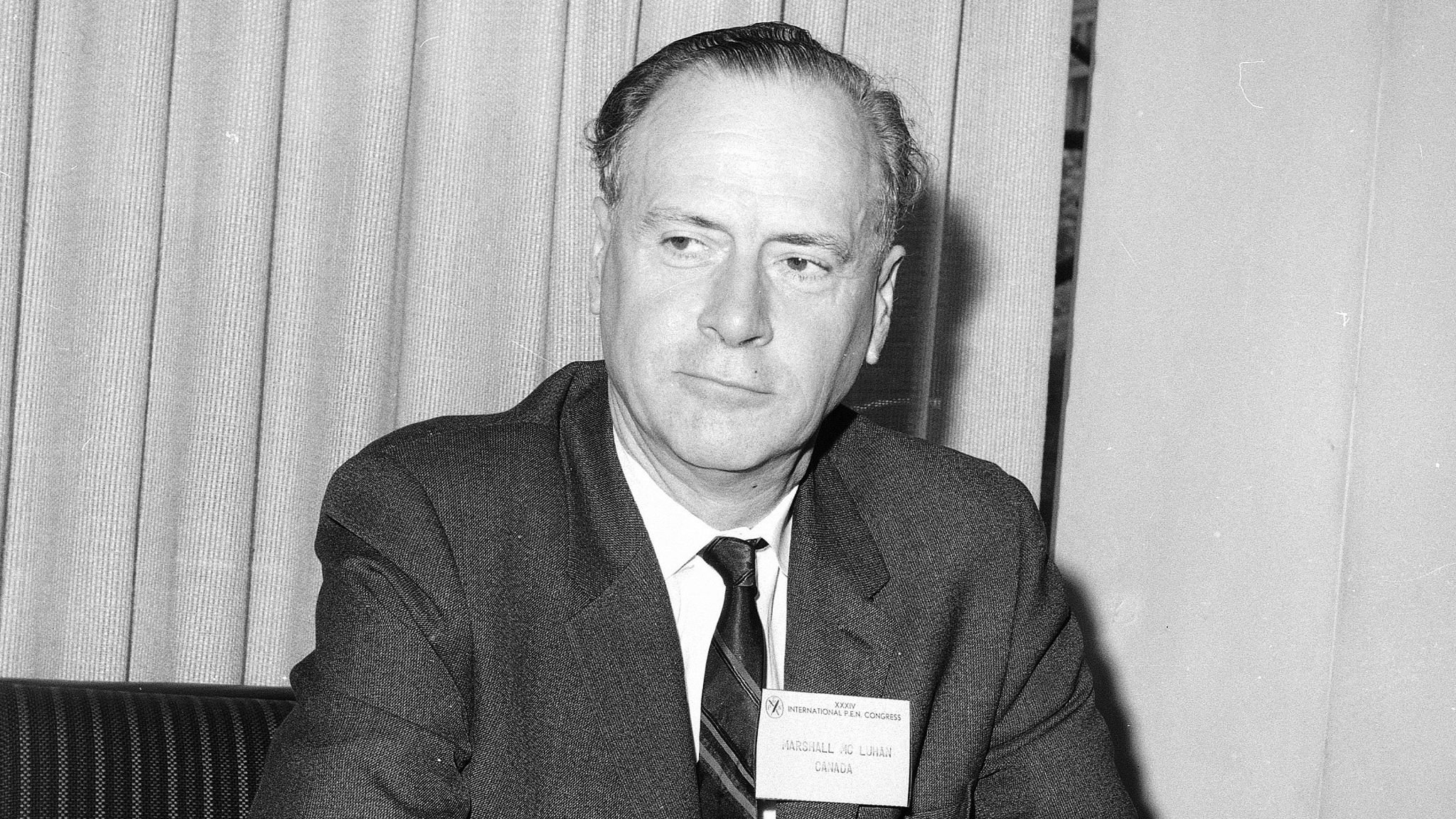 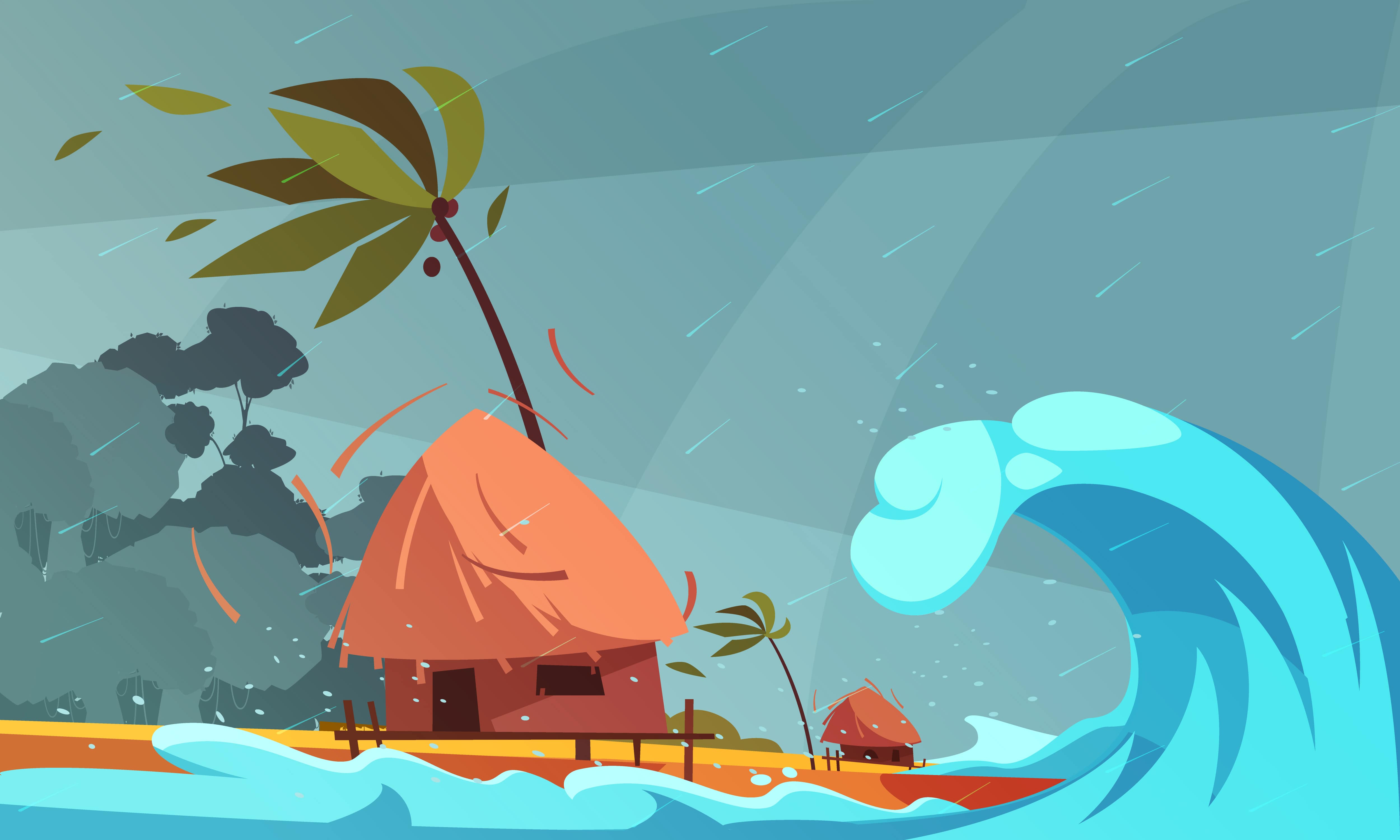 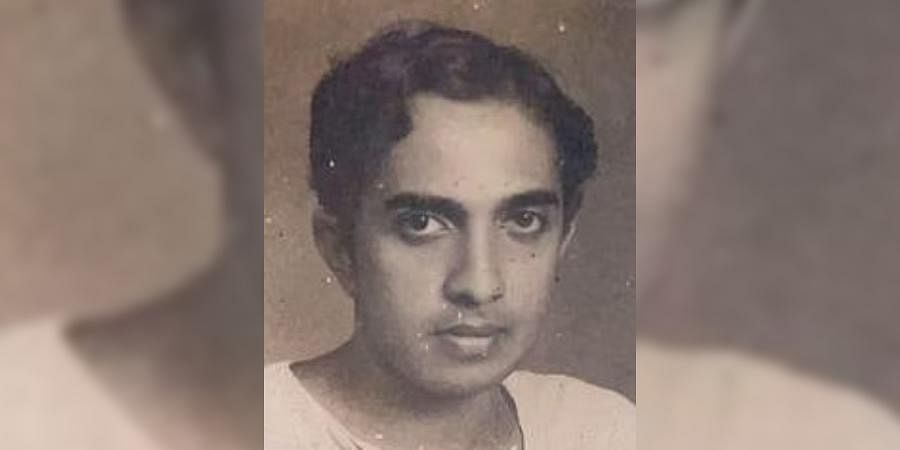 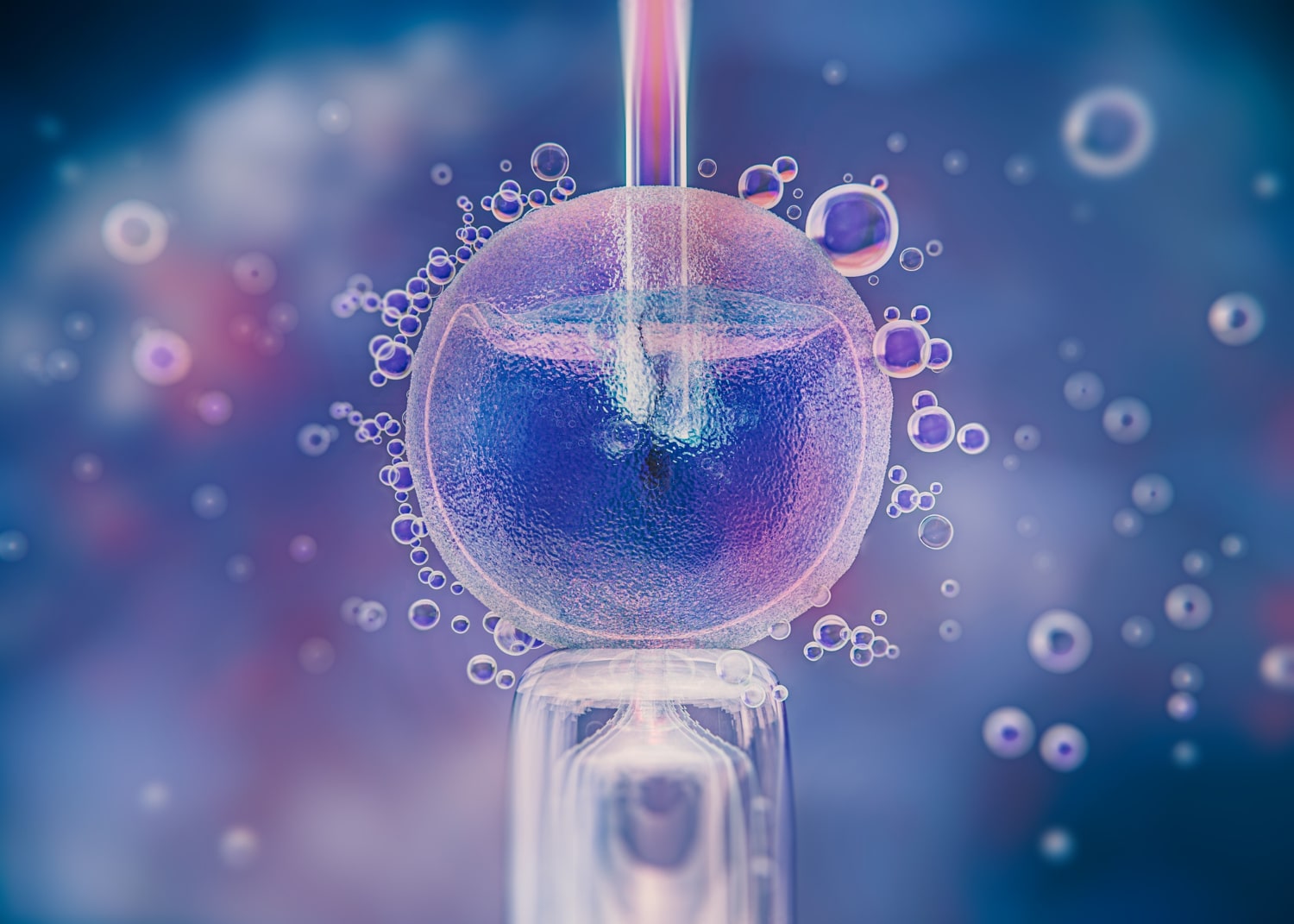